How Does Weed Management Influence Corn Insects and Diseases 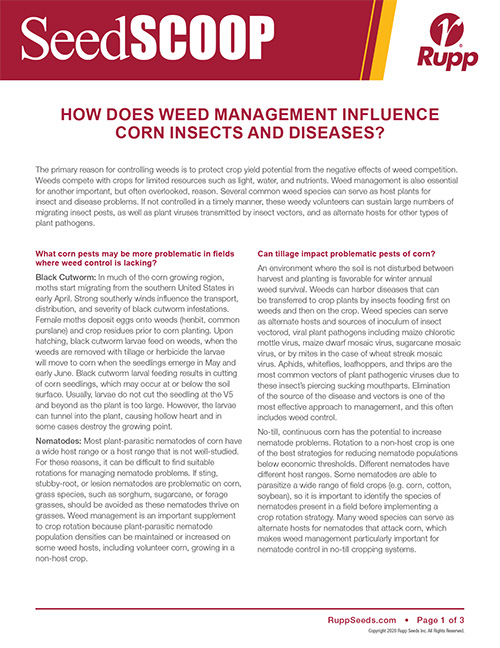 The primary reason for controlling weeds is to protect crop yield potential from the negative effects of weed competition. Weeds compete with crops for limited resources such as light, water, and nutrients. Weed management is also essential for another important, but often overlooked, reason. Several common weed species can serve as host plants for insect and disease problems. If not controlled in a timely manner, these weedy volunteers can sustain large numbers of migrating insect pests, as well as plant viruses transmitted by insect vectors, and as alternate hosts for other types of plant pathogens.
Read more to learn how to reduce insect and disease pressure through weed management in this issue of SeedScoop.