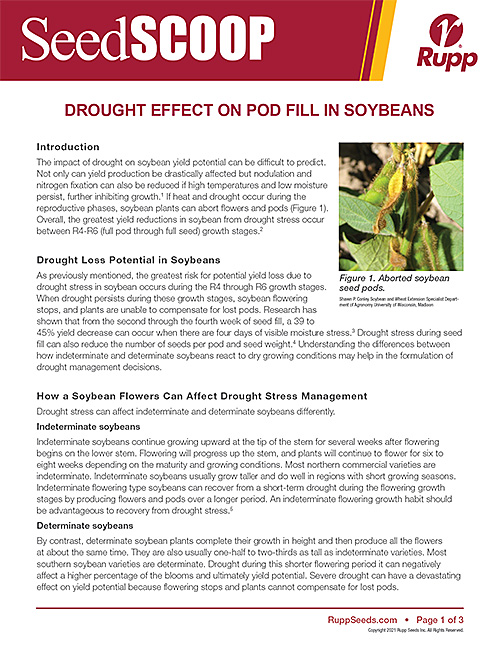 The impact of drought on soybean yield potential can be difficult to predict. Not only can yield production be drastically affected but nodulation and nitrogen fixation can also be reduced if high temperatures and low moisture persist, further inhibiting growth. If heat and drought occur during the reproductive phases, soybean plants can abort flowers and pods. Overall, the greatest yield reductions in soybean from drought stress occur between R4-R6 (full pod through full seed) growth stages.

In this issue of SeedScoop you will learn about the difference of indeterminate and determinate soybeans. You will also learn how drought and heat effects the soybean plant.

Drought Effect on Pod fill in Soybeans
Back to List